Join the company of these great heroes 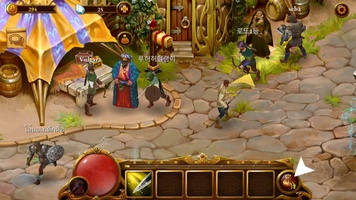 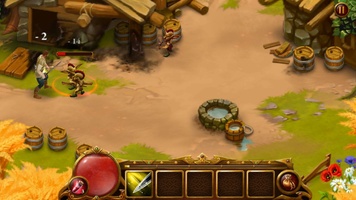 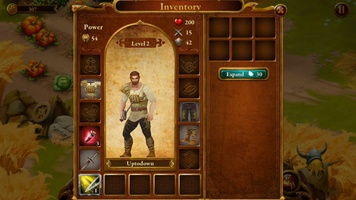 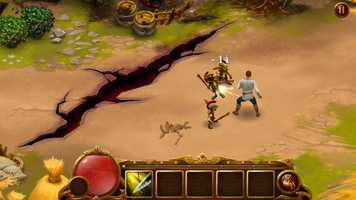 Advertisement
Guild of Heroes is an RPG with isometric perspective set in a medieval fantasy world. As you play, you'll have to face the forces of evil. No, it's not a particularly original approach, but it's a solid formula for a decent game.

The gameplay in Guild of Heroes is just as you would expect: touch the screen to move your character freely through the (small) settings and tap on enemies to attack them automatically. At the bottom of the screen, you'll see a few different skills that you can choose from, which result in more damaging attacks.

The missions in Guild of Heroes are relatively short, lasting around two or three minutes. Between missions, you can visit the main town in the game. There, you can buy new equipment or sell pieces you no longer want.

Guild of Heroes is a traditional RPG. Although it's not very original, it's still a fun game with excellent visuals in a kind of charming Dungeons and Dragons style.
Reviewed by Andrés López Translated by Taryn
Advertisement

Why is this app published on Uptodown?
(More information)

Please update plz as soon as possible. Still. A newer version came out .... I already missed the stock. New version 1.98.7.

you need internet to play yes or no

Similar to Guild of Heroes

Genshin Impact
An open-world RPG with spectacular graphics
Brawl Stars
3-on-3 battles from the creators of Clash Royale and Clash of Clans
FNaF World
An RPG protagonized by the Five Nights at Freddy's characters
League of Legends: Wild Rift
The MOBA king deploys its arsenal on Android

Fashion Empire
Manage luxury fashion boutiques in this game!
Cookie Run Kingdom
The sweetest kingdom is back
LifeAfter (Global)
Cling to life in a hostile world

Vampire's Fall: Origins
Will you be the hero that the world needs?